The geographic area covered by the Miramichi Watershed Management Committee mandate is that of the Miramichi Recreational Fishery Area (area # 3 in the provincial angling summary).  It includes all waters draining into Miramichi Bay north of Point Escuminac as well as all lakes and streams draining into Tabusintac Bay. The principal river systems within the Miramichi Recreational Fishery Area are the Southwest Miramichi, the Northwest Miramichi, the Tabusintac and the Bartibog. Smaller rivers that are also within the drainage area include the Barnaby, the Northwest Millstream, the Burnt Church, and the Black. 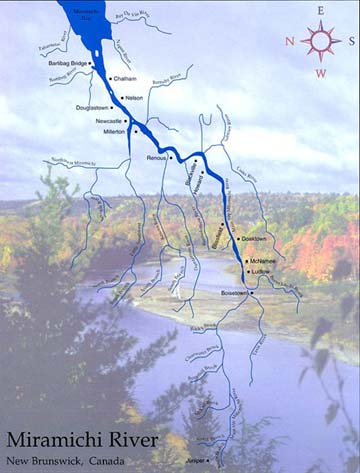